How to Save Money Building Affordable Zero Net Carbon Apartments 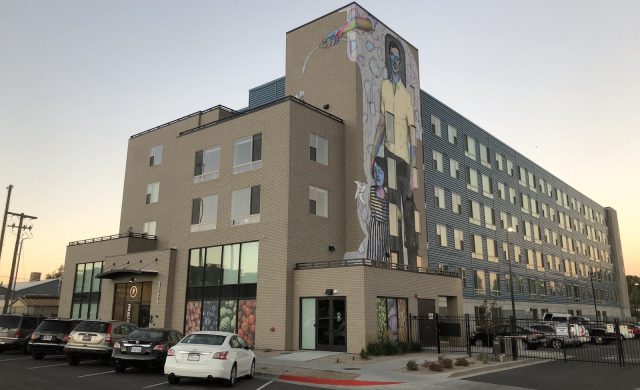 Chris Parker just finished construction of a zero carbon apartment building, with 70% of the units considered affordable housing, for less than the cost of building a similar traditional apartment building, and he is on his way to completing a second phase. Now, he’s ready to share what he learned so others can do it, too.

Parker, executive director and founder of Giv Development, is the creator of Project Open, a $16 million, 112-unit, 5-story, zero carbon apartment building in Salt Lake City. His vision was to create a development that is both a solution to global carbon emissions and local air pollution, – an issue especially problematic for residents in the Salt Lake City area – and to make this housing available to low income residents. This project addresses both air quality and affordable housing challenges by reducing the building’s energy use, saving building costs so rents can be low, and making it easy for residents to live without fossil fuel-powered vehicles.